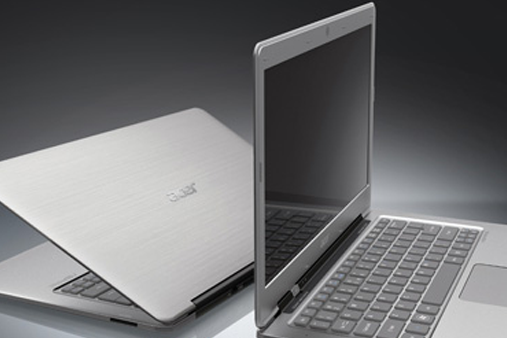 “Sexy” might not be the first adjective that comes to mind when thinking about enterprise-grade notebooks, but that’s how some reviews are describing the first generation of Ultrabook devices. The initial models — from vendors such as Acer, ASUS, HP, Lenovo, LG and Toshiba — shipped in late 2011, and in 2012 Intel believes there will be 75 Ultrabook devices announced or available.

The Ultrabook design is less about a checklist of must-meet specs — which Intel says are under NDA with vendors — and more about delivering certain types of user experiences. For example, all Ultrabook devices must be able to wake up in less than seven seconds so users always have immediate access to both content stored on their Ultrabook and Web-based data. Those abilities come, respectively, via Intel’s Rapid Start and Smart Connect technologies. [Disclosure: Intel is the sponsor of this content.]

“It’s extremely convenient,” says ​Brian Pitstick, executive director of laptop marketing for consumers and SMBs at Dell, whose initial Ultrabook is the XPS 13. “Smart Connect allows the device to periodically wake up while it’s asleep and refresh the content. So as you open it up, within seconds, you have updated content.”

Those abilities could help make Ultrabook devices attractive to enterprises that are using or considering tablets, whose always-on design helps boost productivity.

“One thing we’ve heard from the users who have done that is that one of the major purchase drivers is lightweight, easy to take with me, highly convenient in terms of instant on,” Pitstick says. “We believe we’re delivering on that with this device. At the same time, customers say they want to stay productive, and in a lot of cases, productivity requires a keyboard, [Microsoft] Office compatibility and the right performance. That’s what makes it a different proposition than a tablet.”

Bring Your Own Ultrabook

If Ultrabook devices are known for anything so far, it’s their thin, light designs. The Toshiba Portégé Z830, for example, weighs less than 2.5 pounds and is 0.63 inch thick. If that svelte figure makes Ultrabook devices popular with consumers, that’s another way they could wind up in the enterprise.

“The Ultrabook is a poster child BYOB (bring your own box) PC,” says Rob Enderle, principal analyst at Enderle Group.

Some vendors are designing their Ultrabook devices to support that kind of scenario.

“We do things like add a TPM chip so it has data-encryption security capabilities,” Pitstick says. “We have custom-configuration services [so] IT administrators can get custom images, BIOS settings, asset tags, things like that. Bringing any kind of device into an enterprise environment can cause a lot of headaches for IT. So with this class of device, we’ve thought about capabilities that would ease those concerns.”

When it’s the enterprise buying the Ultrabook, it’s important to scrutinize the specs and try it out first. That’s standard advice for any notebook, but it’s particularly valuable for Ultrabook devices because their svelte designs force vendors to get creative in areas such as durability and battery life.

“Think through what the minimums are in terms of a feature set you’ll allow into the enterprise and make sure that spec is communicated well,” Enderle says. “Some Ultrabook [devices] have brighter displays and may work better outdoors, suggesting that when that is a requirement, even the screen performance (measured in nits) should be given as a selection criteria.

“This really is a class of product that varies a great deal vendor to vendor. The buyer should try a variety of offerings before making their decision to determine which feature set, feel and appearance works best for them.”

If their thin, light designs encourage consumers and business users to carry an Ultrabook in more places, they could create new opportunities to make or save money. For example, a growing number of vendors offer cloud-based video conferencing services that support a wide variety of endpoint types, from high-end telepresence rooms down to PCs, smart phones and tablets. For some users, participating in a video conference with a 10-inch tablet or a 3.5-inch smart phone might feel cramped — to the point that they avoid using those services, undermining productivity.

With screen sizes between 11 inches and 14 inches, Ultrabook devices could be big enough to provide a good video conferencing user experience in hotel rooms, home offices and airport lounges. And as full-fledged PCs, Ultrabook devices also would enable collaboration such as file sharing, something that’s difficult on a tablet or smart phone.

“You want to be able to share and create while you’re talking,” Pitstick says. “Having the processing capability, the PC compatibility and keyboard becomes pretty important.”

The same benefits also could enable enterprises to offer a wider range of services aimed at mobile consumers, particularly those who don’t want to carry a heavy notebook or struggle to make do with a tablet or smartphone.

“What we often hear on the customer side is most people who buy laptops leave them in the home,” Pitstick says. “When it’s easier to take outside the house, I think you’ll start to see more people take it outside the house. Maybe they’re a whole new segment of devices purchased as a result.”