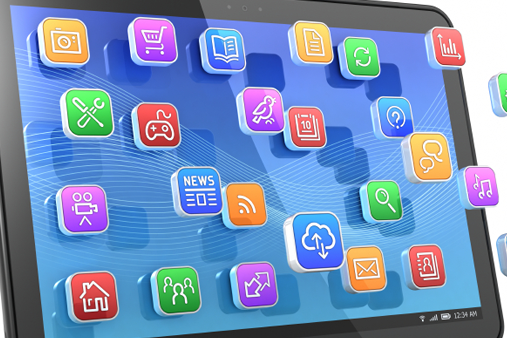 It’s one of the biggest headaches in mobile app development: The operating system (OS) vendor issues an update that immediately renders some apps partly or completely inoperable, sending developers scrambling to issue their own updates to fix the problem. For instance, remember when Android 2.3.3 broke Netflix’s app in June, as iOS 5 did to The Economist’s in October? These examples show how breakage can potentially affect revenue — especially when it involves an app that’s connected to a fee-based service. In the case of enterprise apps, breakage can also have a bottom-line impact by reducing productivity and inundating the helpdesk.

Tsahi Levent-Levi, CTO of the technology business unit at videoconferencing vendor RADVISION, has spent the past few years trying to head off breakage. His company’s product portfolio includes an app that turns iOS tablets and smartphones into endpoints. With an Android version imminent, his job is about to get even more challenging. Levent-Levi recently spoke with Intelligence in Software about why app breakage is so widespread and so difficult to avoid.

Tsahi Levent-Levi: The first thing to understand is that when you have a mobile platform, usually you have two sets of APIs available to you. The first set is the one that’s published and documented. The other is one that you need to use at times, and this is undocumented. When it is not documented or not part of the official API, it means that the OS vendor might and will change it over time to fit its needs.

For example, we’re trying to reach the best frame rate and resolution possible. To do that well means you need to work at the chip level. So you go into the Android OS NDK, where you write C code and not Java code. Then you go one step lower to access the physical APIs and undocumented stuff of the system level, which is where the chipset vendors are doing some of the work.

T.L.: Yes, and it depends on what your application is doing. If you’d like to do complex video things, then you need to go to this deep level.

Platforms progress very fast today because there’s a lot of innovation in the area of applications. Additional APIs are being added by the OS vendors, and they sometimes replace, override or add functionality that wasn’t there before. And sometimes you get APIs from the handset vendor or chipset vendor and not from the OS itself. So there is a variance in the different APIs that you can use or should be using.

If the only thing you’re doing is going to a website to get some information and displaying it on the screen, there isn’t going to be any problem. But take streaming video, for example. Each chipset has a different type of decoder and a bit different behavior than another. This is causing problems.

It’s also something caused by Google itself. When Google came out with Android, the media system that they based everything on was OpenCORE. At one point — I don’t remember if it was 2.1, 2.2 or 2.3 — they decided to replace it with something totally different. This meant that all of the applications that used anything related to media required a rewrite or got broken. The new interface is called Stagefright, and there are rumors that this is going to change in the future as well.

Q: With so many vendor implementations and thus so many variables, is it realistic for developers to test their app on every model of Android or iOS device? Or should they focus on testing, say, the 25 most widely sold Android smartphones because those are the majority of the installed base?

T.L.: You start with the devices that most interest you, and then you enhance it because you get problem reports from customers. Today, for example, I got a Samsung Galaxy S. When I go to install some applications from the Android Market, it will tell me that I cannot do it because my phone doesn’t support it. That’s a way that Google is trying to deal with it, but it doesn’t always work because of the amount of variance.

The way it should be done in terms of the developer, you should first start from the highest level of instruction that you can in order to build your application. The next step would be to go for a third-party developer framework like Appcelerator, which is a framework that allows you to build applications using HTML5 and Javascript CSS. You take the application that you build there, and they compile it and make an Android or an iOS application. If you can put your application in such a scheme, it means you will run on the most amount of handsets to begin with because these types of frameworks are built for this purpose.

If you can’t do that, then you’ll probably need to go for doing the most amount of stuff that you can do in Android on the software development kit (SDK) level. If that isn’t enough, then you go down into the native development kit (NDK) level. And if that isn’t enough, then you need to go further down into the undocumented systems drivers and such. And you build the application in a way that the lower you go, the less code you have there.