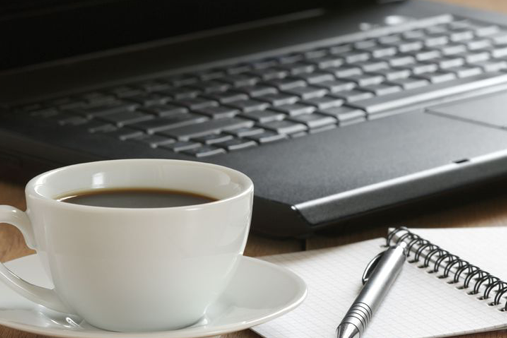 The word “convergence” won’t mean quite the same thing to the next generation as it does to us. That’s because kids today will come of age in a time when phones were used to play video games, computers could double as a private movie house, and televisions were flipped on to browse the Web. Unlike us, they’ll be living in a world where “ubiquity” is the word — surrounded by devices.

The most interesting development of the ubiquity age isn’t that we’re surrounded by screens and able to connect to the Internet in myriad ways, from smartphones to televisions to tablets. Most fascinating is that no one device serves as the ultimate Swiss Army Knife, acting as a substitute for all the rest.

Rather, we collect these devices the way golfers keep clubs. On the go, we check movie times on mobile phones. On the couch, we research that movie on a laptop PC or tablet, or we play a game of “Words With Friends” while our significant other watches the big game. Rather than seek a one-size-fits-all solution for computing, consumer behavior indicates that there’s a time and a place for every kind of screen.

All these screens mean that portability and power are both becoming major considerations. Laptop shipments exceeded that of desktops in 2008, and high-end “desktop replacements” — notebooks with large screens and enough horsepower to handle any computing task — became the primary computers for many consumers. And a new designation, the netbook, sought to lower the barrier of entry to mobile computing by offering compact laptop PCs at a fraction of the price.

Now, there’s a new category of portable PC to compete with the upstart tablet PC and other flavors of laptop. The ultrabook format is light, thin, fast and portable — an antidote to the traditional laptop PC. Ultrabook PCs are less than .08 inch thick, weigh around 3.1 pounds and have a battery life of five to eight hours.

“The ultrabook is much more than just a product segment,” says Jim Wong, president of Acer Inc. “It’s a new trend that will become the mainstream for mobile PCs.”

The model for this new kind of laptop is Apple’s MacBook Air, which was introduced in 2008. Apple sold 1.1 million units of their super-thin laptop, and they managed this feat at premium pricing. The next phase of the ultrabook device is to build major appeal by offering similar benefits to Apple’s machine at a consumer-friendly price.

Toshiba’s Portege Z835, which debuted in November of last year, dipped in price to $699 (after a $200 rebate) at Best Buy. Competing ultrabooks include the Hewlett-Packard Folio 13 and the Acer Aspire S3, which both run for about $900. The entry-level MacBook Air is $999.

Initial reception to the new ultrabooks is positive. Rob Beschizza of Boing Boing called the new ASUS ZENBOOK “very good,” but he cautions against laptops that try to adopt the ultrabook moniker but stray from the design specs that make the new class of computers so attractive in the first place.

Dilip Bhatia, vice president of Lenovo’s ThinkPad business unit, is excited about his company’s contribution to the field. “The ThinkPad X1 Hybrid and T430u ultrabooks represent the next generation in thin and light computing,” he says. “From small businesses that literally live on the road to corporate professionals working in a managed environment, these new crossover laptops fundamentally change the way people think about mobile computing technology.”

Matt McRae, Vizio’s chief technology officer, recently told Business Week that his company’s entry in the ultrabook game was meant to shake things up: “It’s very similar to TV — we want to get in there and disrupt it,” says McRae. “We think most PCs have been designed for the small-business users, that others have not done a very good job of making them entertainment devices.

With all the new ultrabook models that appeared at CES last week, it’s now just a matter of discovering just how the ultrabook will find its place in our lives next to the televisions, tablets, smartphones and desktops many consumers already have. Nobody could have predicted this 10 years ago, but it seems pretty clear: There’s still plenty of room for this light, new computing upstart.

by The editors of Digital Innovation Gazette