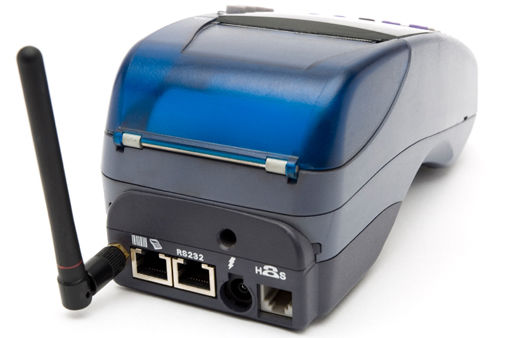 Most businesspeople replace their cell phone roughly every two
years. At the other extreme is machine-to-machine (M2M) wireless devices,
which often are deployed for the better part of a decade and sometimes
even longer. That’s because it’s an expensive hassle
for an enterprise to replace tens of thousands of M2M devices affixed
to trucks, utility meters, alarm systems, point-of-sale terminals or
vending machines, to name just a few places where today’s more than 62 million M2M
devices reside.

Those long
lifecycles highlight why it’s important for enterprises to
take a long view when developing an M2M strategy. For example, if your
M2M device has to remain in service for the next 10 years, it could be
cheaper to pay a premium for LTE hardware now rather than go with less
expensive gear that runs on GPRS or CDMA 1X, the networks of which might
be phased out before the end of this decade.

Confused?
Mike Ueland,
North American vice president and general manager at M2M vendor Telit
Wireless Solutions, recently spoke with Intelligence in
Software about how CIOs, IT managers and developers can sleep
at night instead of worrying about obsolescence and other
pitfalls.

Q: M2M isn’t
a new technology. For example, many utilities have been using it for
more than a decade to track usage instead of sending out armies of meter
readers every month. Why aren’t more enterprises following
suit?

Mike
Ueland: It’s very similar to what it was like
before we had the Internet, Ethernet and things like that, where you had
all of these disconnected devices. There’s an incredible
opportunity, depending on what the business and application are, to
connect those devices and bring more information back, as well as being
able to provide additional value-added services.

There
have been some significant improvements in terms of technology and the
cost to deploy an M2M solution. All of the M2M solutions have gotten
much more mature. There are so many more people in the ecosystem to support
you.

But we haven’t seen
the uptake within the enterprise community. Part of that is due to
we’ve been in such a recessionary period over the past couple
of years. No one really wants to start new projects.

Q:
What are some pitfalls to avoid? For example, wireless carriers have to
certify M2M devices before they’ll allow them on their
network. How can enterprises avoid that kind of red tape and technical
nitty-gritty?

M.U.:
The mistake that we see a lot is that people try to bite
off too much. They’ll say: “I need this custom
device that needs to do this. Therefore I need to build a custom
application.” They overcomplicate the solution.

There
are so many off-the-shelf devices out there that can
be quickly modified for your application. One of the benefits of that is
you reduce technical risk and time to market because often those
devices will be pre-certified on a carrier’s network. There
are also a number of M2M application providers out there — like Axeda, ILS
and others — that have an M2M architecture. That allows people to very
quickly build their own application based on this platform.

Q:
Price is another factor that’s kept a lot of enterprises out
of M2M. How has that changed? For example, over the past few years, many
wireless carriers have developed rate plans that make M2M more
affordable.

M.U.:
Across the board — device costs, module costs, air-time
costs — all of these costs have come down probably by half in the past
few years, if not more. So any business cases that were done two or
three years ago are outdated.

In addition,
there have been great technological improvements. For instance, the
device sizes have continued to shrink. They use less power. So it opens
it up for a whole range of applications that might not have been
possible in the past.

Q: About
10 years ago, a lot of police departments and enterprises were
scrambling to replace their M2M equipment because carriers were shutting down their CDPD
networks . Today, those
organizations have to make a similar choice: Do I deploy an M2M system
that uses 2G or 3G and hope that those networks are still in service
years from now? Or should I go ahead and use 4G now even though the
hardware is expensive, coverage is limited and the bandwidth is far more
than what I need?

M.U.:
It depends on the application. For instance,
AT&T is not encouraging new 2G designs. They’ve
deployed a 3G network, and they’re starting to deploy a 4G
network. They’d really like people to move in that direction.
Verizon and Sprint have their equivalent version of 2G: CDMA 1X. Both
Verizon and Sprint have publicly declared that those networks will be
available through 2021. At the end of each year, they’re going
to reevaluate that.

So depending on the
planned time-length of your application and where you plan to deploy it
— North America or outside — 2G networks will have a varying degree of
longevity. Having said that, if you look at a 4G deployment outside of
Verizon in the U.S., there are not many significant 4G deployments.
We’re early days in 4G.

As module
providers, we rely on lower-cost handset chipset pricing to drive M2M
volumes. The cost of an LTE module is over $100 right now. Compare that
to 2G, which is under $20 on average. It’s a big
gap.