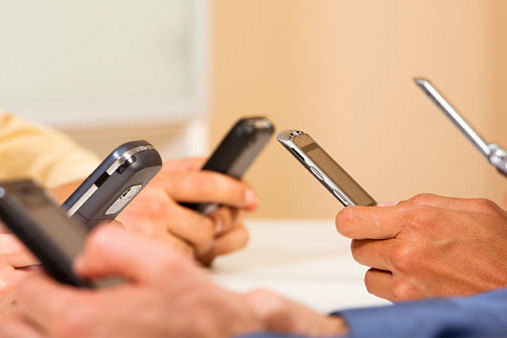 If you’re a mobile software developer, the MIPI Alliance (MIPI.org) belongs on your radar. Since it was founded in July 2003, the organization has released more than 30 interface specs for processors, radios, displays, cameras and other components in mobile devices. Those specs are designed to be consistent across multiple vendors, making it easier to develop software and applications for smartphones. By 2013, the organization says its specs will be in 100 percent of smartphones — up from 20 percent in 2009.

We recently sat down with Joel Huloux, MIPI Alliance chairman of the board, to get a sense of how his organization’s interface specs are helping address one of the mobile market’s biggest headaches: fragmentation.

Q: Next month marks the MIPI Alliance’s eighth anniversary. But for many software developers, this interview probably is the first time they’ve heard of your organization. Why?

Huloux: Historically, software developers have never been very active in the MIPI organization. Most of the time, when we court software developers, they see MIPI as hardware development specifications. In some ways, that’s true because most of the work we’ve done is to consolidate the different interfaces in mobile terminals, starting from the camera and display.

Today, we have a common set of specifications that will be the same for any display that are connected to the application processor. We’ve also done some memory work that’s also very useful for software. I believe that more and more software developers do see the implementation of MIPI specifications in the platform. Before 2010, from a software point of view, all of the specifications we were building were quite far from their day-to-day occupation. Today, because more and more companies are implementing the MIPI interface, we do see that software developers have an interest to do something there. Within the Technical Steering Group of the MIPI Alliance, now there are more and more people looking to define specific technologies, which will be very relevant to the job of the software developers.

Q: How exactly does MIPI’s work reduce the lead time, costs and headaches of developing for mobile devices?

Huloux: One of the benefits of understanding the MIPI interfaces is that there’s one common area to go to for all of the peripherals: the RF and the processors. So a software developer that has knowledge about MIPI interfaces is going to be one step ahead. That’s certainly going to save time from a design standpoint. Also, regardless of the OS, the MIPI specifications are consistent across the board. Design reuse is another key factor.

One of the reasons MIPI was founded was to address fragmentation. There are a lot of proprietary interfaces out there. Oftentimes that’s a company’s first response to address a new technology: develop their own interface. That’s a costly endeavor. If a company can go to some standardized interfaces that are extremely flexible, that are optimized for the mobile applications space, that address the entire mobile ecosystem, there are no other organizations that address the entire phone.

Q: The more consumers and business users rely on their mobile phones and tablets, the more important it is for those devices to be able to last an entire day before they need a charge. Is MIPI doing anything to make it easier for developers to create energy-efficient software?
Huloux: We have a new group that’s working on a battery interface. We haven’t announced any details, but the focus of this group is not only power management, but also green power. We’ll probably have some more information in the third quarter.