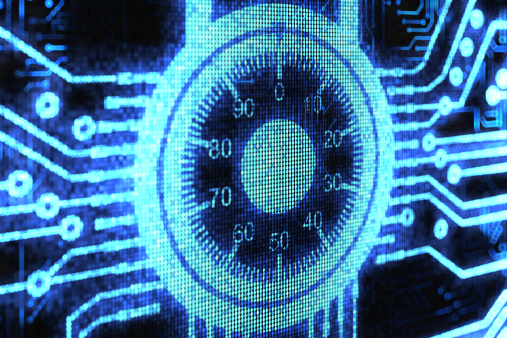 If hackers love one thing, it’s a big pool of potential targets, which is why Android and Windows platforms are attacked far more often than BlackBerry and Mac OS X. So, it’s no surprise that as the installed base of multicore processors has grown, they’ve become a potential target.

That vulnerability is slowly expanding to mobile devices. Within three years, nearly 75 percent of smartphones and tablets will have a multicore processor, predicts In-Stat a research firm. That’s another reason why CIOs, IT managers and enterprise developers need to develop strategies for mitigating multicore-enabled attacks.

Cambridge University researcher Robert Watson has been studying multicore security attacks such as system call wrappers for several years. He recently spoke with Intelligence in Software about multicore vulnerabilities and what the IT industry is doing to close the processor back door.

Q: As the installed base of multicore processors grows in PC and mobile devices, are they becoming a more attractive target for hackers?

Robert Watson: One of the most important transitions in computer security over the last two decades has been the professionalization, on a large scale, of hacking. Online fraud and mass-market hacking see the same pressures that more stock-and-trade online businesses do: How to reach the largest audience, reduce costs and to reuse, and wherever possible, automate solutions. This means going for the low-hanging fruit and targeting the commodity platforms. Windows and Android are a case in point, but we certainly shouldn’t assume that Apple’s iOS and RIM’s Blackberry aren’t targets. They are major market players, as well.

Multicore attacks come into play in local privilege escalation. They may not be how an attacker gets their first byte of code on the phone — that might be conventional buffer overflows in network protocols and file formats, or perhaps simply asking the user to buy malware in an online application store.

Multicore attacks instead kick in when users try to escape from sandboxing on devices, typically targeted at operating system kernel concurrency vulnerabilities. In many ways, it’s quite exciting that vendors like Apple, Nokia and Google have adopted a “sandboxed by default” model on the phone. They took advantage of a change in platform to require application developers to change models. This has made the mobile device market a dramatically better place than the cesspool of desktop computing devices. However, from the attacker perspective, it’s an obstacle to be overcome, and multicore attacks are a very good way to do that.

R.W.: When teaching undergraduates about local and distributed systems programming, the term “concurrency” comes up a lot. Concurrency refers to the appearance, and in some cases the reality, of multiple things going on at once. The application developer has to deal with the possibility that two messages arrive concurrently, that a file is changed by two programs concurrently, etc.

Reasoning about possible interleavings of events turns out to be remarkably difficult to do. It’s one of the things that makes CPU and OS design so difficult. When programmers reason about concurrency wrong, then applications can behave unpredictably. They can crash, data can be corrupted and in the security context, this can lead to incorrect implementation of sandboxing.

In our system call wrapper work, we showed that by exploiting concurrency bugs, attackers could bypass a variety of security techniques, from sandboxing to intrusion detection. Others have since shown that these attacks work against almost all mass-market antivirus packages, allowing viruses to go undetected. Similar techniques have been used to exploit OS bugs in systems such as Linux, in which incorrect reasoning about concurrency allows an application running with user privileges to gain system privileges.

It is precisely these sorts of attacks that we are worried about: the ability to escape from sandboxing and attack the broader mobile platform, stealing or modifying data, gaining unauthorized access to networks, etc.

Q: What can enterprise developers, CIOs and IT managers do to mitigate those threats? And is there anything that vendors such as chipset manufacturers could or should do to help make multicore processors more secure?

R.W.: Concurrency is inherent in the design of complex systems software, and multicore has brought this to the forefront in the design of end-user devices. It isn’t just a security problem, though. Incorrect reasoning about concurrency leads to failures of a variety of systems. Our research and development communities need to continue to focus on how to make concurrency more accessible.

Enterprise developers need to be specifically trained in reasoning about concurrency, a topic omitted from the educations of many senior developers because they were trained before the widespread adoption of concurrent programming styles, and often taught badly even for more junior developers. Perhaps the most important thing to do here is to avoid concurrency wherever possible. It is tempting to adopt concurrent programming styles because that is the way things are going. Developers should resist!

For CIOs and IT managers,  concurrency attacks, like hackers, are just another weapon in the arsenal that they need to be aware of. Concurrency isn’t going away. We use multicore machines everywhere, and the whole point of networking is to facilitate concurrency.

What they can do is put pressures on their vendors to consider the implications of concurrency maturely and on their local developers to do the same. Where companies produce software-based products, commercial scanning tools such as Coverity’s Prevent are increasingly aware of concurrency, and these should be deployed as appropriate. For software developers, we shouldn’t forget training:

First, to avoid risky software constructs, and second, to know how to use them correctly when they must be used.

We should take some comfort in knowing that hardware and software researchers are deeply concerned with the problems of concurrency, and that this is an active area of research. But there are no quick fixes since the limitations here are as much to do with our ability to comprehend concurrency as with the nature of the technologies themselves.

Read more about eliminating concurrency and threading errors from our sponsor.