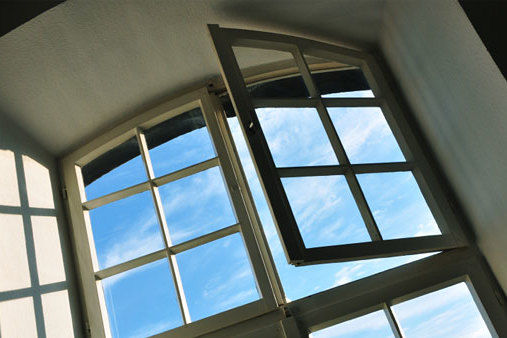 Enterprises and developers pursuing cloud computing can tap into an emerging category of software to get the job done: open-source software that provides compute infrastructure and delivers applications.

Organizations can tap open-source alternatives for both the infrastructure as a service (IaaS) and platform as a service (PaaS) cloud models. IaaS provides the basic underpinnings of cloud computing. The National Institute of Standards and Technology (NIST) defines IaaS as providing the ability to provide “processing, storage, networks and other fundamental computer resources.” PaaS, meanwhile, offers a foundation for cloud software development. NIST states that PaaS lets customers deploy applications “created using programming languages and tools supported by the provider.”

Open-source options for IaaS include OpenStack, Eucalyptus and Red Hat’s CloudForms. Open-source PaaS made a splash this past spring with the arrival of Red Hat’s OpenShift and VMware’s Cloud Foundry.

Kamesh Pemmaraju, head of marketing at Cloud Technology Partners (CloudTP), a cloud consulting firm, says enterprises are turning to open-source clouds as they revisit and refresh their IT strategies.

“People want to move away from proprietary solutions,” he says. “They can look at open-source and cloud solutions up and down the stack.”

Open IaaS
The open-source IaaS offerings all perform roughly the same function, but may appeal to different customer sets. Eucalyptus IaaS software, for example, could prove a fitting option for organizations with high-availability needs. Eucalyptus Systems Inc. launched in 2009 to take the software beyond its university origins.

“They are moving toward building cloud-based management infrastructure that is highly available,” Pemmaraju says of Eucalyptus. “They are looking for companies that have high availability as a requirement … financial services, trading — any business process where downtime can be extremely expensive.”

OpenStack, meanwhile, has quickly attracted adherents — including Rackspace Hosting and NASA — since 2010 when it was founded.

“A lot of people are backing it up,” says Pemmaraju, noting recent vendor support from Dell and HP.

In July 2011, Dell unveiled what it termed the first available cloud solution offering built on OpenStack. In September, HP announced a private beta program for its HP Cloud Services, which are based on OpenStack technology.

Pemmaraju surmises that OpenStack’s platform has the most promise for future enterprise adoption, particularly for customers with bare metal and no commitment to a cloud operating system.

On the other hand, customers of Red Hat Linux may find the company’s CloudForms a logical cloud approach. Those customers aren’t starting from bare metal, and they essentially build their cloud infrastructure on top of Red Hat Enterprise Linux, says Pemmaraju. OpenShift is also available to fill in the PaaS layer.

“Clearly they have much more in terms of the overall stack,” notes Pemmaraju.

PaaS Developments
PaaS, while not as widely deployed as IaaS, could eventually prove the more pivotal cloud model.

Alan Shimel, managing partner of The CISO Group, a security consulting firm, says PaaS may win out over IaaS over the long haul, the latter being more dominant today. He says people want more than just the basic operating system and hypervisor layer.

“They are going to want a rich development platform,” says Shimel.

Pemmaraju describes PaaS as “the battleground of the future.” He notes that pure infrastructure services firms are moving up the stack, while companies at the application layer are moving down.

Cloud Foundry currently supports “applications written in Spring Java, Rails and Sinatra for Ruby, Node.js and other JVM languages/frameworks including Groovy, Grails and Scala,” according to CloudFoundry.org.

“It looks like all these PaaS players are moving toward open source, multiple languages and multiple deployment models,” says Pemmaraju.