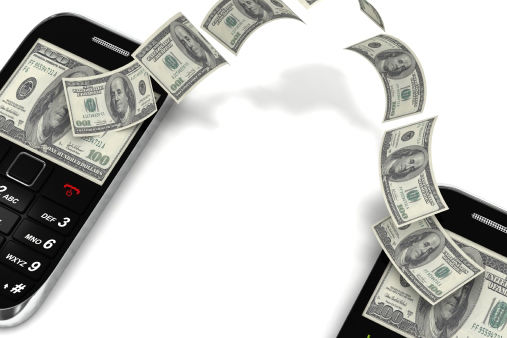 Money is the root of all technology, and Near Field Communication (NFC) is no exception. Frost & Sullivan, for example, predicts that by 2015, NFC will enable worldwide transactions totaling about $151.7 billion. In April 2011, another research firm, In-Stat, said “2011 is poised to be the year for NFC as it evolves from a concept to a strategy that is actively being pursued.”

Even so, electronic payments are just one of many potential uses of NFC. The variety of applications is one of the reasons why so many companies are readying NFC hardware and software — and why enterprise CIOs, IT managers and developers should keep an eye on it. Two of Intel’s NFC experts — Kent Helm and Sanjay Bakshi — recently spoke with Intelligence in Software about what to expect from NFC over the next few years, and how it fits into a world that is populated by Bluetooth and RFID.

Q: Unlike Wi-Fi and cellular, NFC is designed for very-short-range communications. Exactly how short? And what are the advantages of such a limited range?

Part of the advantage of that is security. Bluetooth goes quite a bit further. So you have a lot less interference with NFC. You don’t have to worry about multiple devices interfering with one another, because it’s such a short range. It’s tougher to snoop NFC.

Q: How does NFC compare to Bluetooth in terms of establishing, and then tearing down a connection? Obviously that’s important for applications such as cashless payments, which consumers don’t want to spend 30 seconds waiting for their NFC-equipped smartphone to handshake with a vending machine.

In Japan, you see people tapping their phones on train payment [terminals] to get their ticket and zipping off, or buying things from kiosks rather quickly. If it works in Japan, it’s going to work everywhere else as far as speed because they’re very conscious of that.


Q: Why are so many analysts and vendors predicting such a sudden, sharp increase in NFC-equipped devices?

K.H.: Phones are driving the ecosystem. You’re seeing a huge expansion of NFC adoption in the phone market. You’ve got AT&T, Verizon and T-Mobile forming ISIS for U.S. NFC payments. The ecosystem is coming alive as a result of e-commerce on phones.


Google Wallet’s initiative is instrumental in driving NFC adopting in phones. Microsoft announced that NFC stacks will be native to Windows 8. That’s huge for the consumer electronics market. It means PCs, laptops, phones, tablets — everything — will now have NFC built-in. Windows 8 will enable a new class of device-to-device collaboration experiences with just a tap. In short, the eco-system is starting to come together.

Q: Battery life is a major issue with smartphones. How much of a drain is each NFC connection?

K.H.: In standby mode, a correctly designed NFC solution should not consume any power. Given then NFC connection duration is very short — typically a second — the power drain is not significant.


Q: Besides cashless payments, what are some other potential NFC applications?


Sanjay Bakshi: A doctor probably visits 20, 30 patients. Every room he goes into, he has to log in to some machine, do something and then log out. That experience can be made much more seamless. The presence of the doctor or nurse in the room is being verified because they present their [NFC] badge.

Q: But a lot of those applications are done today using RFID and other existing technologies. Where does NFC fit in? For example, does it displace RFID?

Q: One potential downside of so many companies backing NFC is that it increases the chance of interoperability problems. How are the NFC Forum and individual companies, such as Intel, working to ensure interoperability?


K.H.: The standards that are available are ISO 14443A/B and from NFC Forum. It’s in everybody’s interest to ensure that the protocols and interoperability are conformant.

Where you see a difference is how rigid will you be about the performance of any individual device: Will it meet the certain number of centimeters in range? Will the antennas behave a certain way? There’s always room for movement on the latter. But on the protocols and conformance to security, there is no room for deviation.

K.H.: This is why we got involved in NFC Forum at the level we did. It’s not so much to dictate the standards. It’s mainly to get involved with everybody and help guide the industry toward this multiplatform environment.