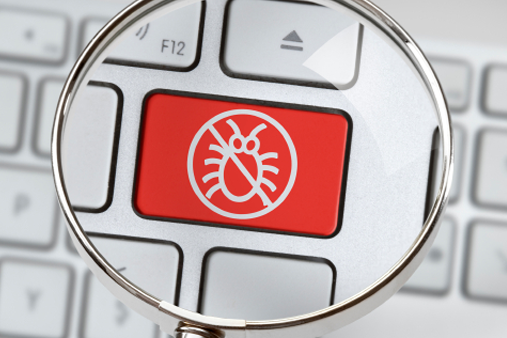 It’s been 21 years since the first rootkit was written, but it wasn’t until 2005 that rootkits reared their ugly heads in the mainstream. Today, there are more than 2 million unique rootkits, and another 50 are created each hour, according to McAfee Labs.

Hackers like rootkits because they work silently, which makes them ideal for harvesting credit card numbers and other valuable information, as well as industrial espionage and electronic terrorism. Thwarting rootkits isn’t easy because they load before the operating system (OS) does, and antivirus platforms don’t kick into action until after the OS starts running. In response, security researchers have created a hybrid hardware-software approach that loads first and then looks into memory’s deepest corners to ferret out rootkits.

McAfee’s recent DeepSAFE technology is an example of this hybrid, which supplements conventional antivirus software rather than replacing it. Edward Metcalf, McAfee’s group product marketing manager, recently spoke with Intelligence in Software about how hardware-assisted security works, what the benefits are and what enterprises need to know about this emerging class of security products.

Q: Why have rootkits become so common over the past few years? And how is their rise changing security strategies?

Edward Metcalf: For the most part, it’s always been a software-based approach that the cybersecurity industry has taken to combat malware. But the motivation of cybercriminals has changed over the past few years. Early on, it used to be about fame: getting their name on the news or in the hacker community. About six years ago, we started seeing a shift in their motivation from fame to financial gain. That’s changed the landscape dramatically, as evidenced by the growth in malware and techniques.

McAfee and Intel realized that there are things within the hardware that allow our software to work, such as looking at different parts of the system that block certain types of threats: looking at the memory and blocking kernel-mode rootkits, for example. So the last couple of years, McAfee and Intel have been working on technology to allow McAfee and other vendors to better leverage and utilize the hardware functionality.

The first evolution of that integration between hardware and software is the DeepSAFE platform. DeepSAFE uses hardware functionality built into the Intel Core i3, i5 and i7 platforms.

Q: So DeepSAFE basically shines a light into previously dark corners of PCs and other devices to look for suspicious behavior that OS-based technologies wouldn’t see, right?

E.M.: Until now, for the most part, all security software has operated within the OS. Cybercriminals know that, and they know how to get past it and they’re developing ways to propagate malware. Stealth techniques like kernel-mode and user-mode rootkits are sometimes really difficult to detect with OS-based security.

The current implementation of DeepSAFE utilizes the virtualization technology built into the Core i-series platform. We’re using that hardware functionality to get beyond the OS to inspect memory at a deep level that we’ve never been able to before because we’ve never had that access. It does require PCs to be running that latest platform of the Core i-series platform.

Q: If an enterprise has PCs running those Core i processors, can they upgrade to DeepSAFE?

E.M.: Yes. I wouldn’t position it as an upgrade. It’s added functionality that provides a deep level of protection.

DeepSAFE and Deep Defender do not replace the current antivirus on a machine. They augment it. It gives us a new perspective on some of the new threats that we’ve always had a hard time detecting because they’ve always loaded well before the OS loaded, which prevented us from seeing them because we’re an OS-based application. Cybercriminals knew that that was a flaw.

Q: Is it possible to apply this hybrid architecture to embedded devices that run real-time OS’s (RTOS’s)?

E.M.: Absolutely. Currently, we don’t have the ability to do that, but we’ve already talked about working with RTOS like Wind River. Taking the DeepSAFE strategy to the embedded device certainly could happen in the future.

People are asking about whether we can put DeepSAFE on tablets and smartphones. The answer is potentially yes if we have the hardware functionality or technology to hook into the hardware that we need in order to get that new vantage point.

Q: Hackers have a long history of innovation. Will they eventually figure out how to get around hybrid security?

E.M.: We constantly have to play a cat-and-mouse game: We develop a new technology, and they find ways to get around it.

In DeepSAFE, we’ve developed a number of mechanisms built into how we load and when we load to prevent any circumvention. Because we’re the first to load on a system, and because we use techniques to ensure that we’re the first one, it makes it harder for cybercriminals to develop ways to get around it.