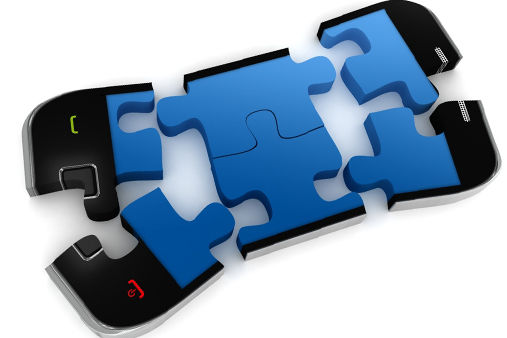 This December marks two years since the Long Term Evolution (LTE) cellular technology made its worldwide commercial debut. It will be at least another two before its coverage in the U.S. and beyond is comparable to its third-generation (3G) predecessors. For developers of apps and other mobile software, that timeline is one of several factors to keep in mind when deciding when, how and where to use LTE.

For example, LTE’s download speeds are roughly 10 times as fast as such 3G technologies as CDMA2000 1xEV-DO Rev, according to carriers with commercial LTE networks. (Verizon Wireless says its LTE network has average download speeds of 5 to 12 Mbps, although some reviewers report averages of 15 Mbps and peaks of 23 Mbps .)

Yet it’s far too early in LTE’s global rollout to design mobile apps and software with the assumption that LTE speeds are the rule rather than the exception. Instead, apps need to be designed to work well in a world where fallback is common. That’s the process of dropping from LTE to EV-DO, HSPA or even a 2.5G network, such as EDGE or GPRS. (One wrinkle: In the case of HSPA, the fallback actually could be a step up because a few HSPA networks, such as Telstra’s, currently are faster than LTE.)

The trick is to design the app or software so that it masks the fallback as much as possible. But that’s easier said than done, especially in the case of bandwidth-intensive services, such as video, where a sudden drop to half or one-tenth of the previous data rate can be painfully obvious.

“You can do things such as lower the bit rate for your video, or do pre-caching when you’re in LTE coverage areas or when you’re in home or business Wi-Fi coverage,” says Larry Rau, director of Verizon Wireless’ Innovation Centers, which help developers and other companies create LTE-compatible hardware and software.

Depending on the software, dealing with fallback could be as simple as designing it to do certain things only under certain conditions. For example, an antimalware or navigation app could be written so that it doesn’t attempt to download major updates unless the device has LTE coverage.

Don’t Overlook the Uplink and Latency
Although LTE is best known for its download speeds, it’s a mistake to overlook its upload capabilities. Those are key for business and consumer applications where the smartphone, tablet or other device frequently sends large amounts of data or video.

Verizon Wireless, for example, says its LTE customers can expect average upload speeds of 2 to 5 Mbps. Some reviewers say they’ve achieved uplink speeds far faster than Verizon’s claimed rates: 10 to 12 Mbps in some areas. By comparison, Verizon promises 3G upload speeds of 500 to 800 Kbps. What all of those figures mean is that, as with the downlink side, it’s important to design apps and other software to provide a good user experience even after falling back to a network with slower uplink capabilities.

Latency is another aspect of LTE that often gets overlooked in the fixation on download speeds. “We see things down in the 30-, 40-, 50-millisecond range,” says Rau. “I would see more on the lower end of that.”

Depending on the fallback network, latency could be 50 to 70 milliseconds — or even double that, in the case of older technologies. Compared to data rates, big, sudden changes in latency can be even tougher to deal with. “If you’re doing a multiplayer game, and you’re reliant on that LTE latency, falling back into our EV-DO coverage is something you need to contend with,” says Rau.

Don’t Be a Hog
As with multicore mobile processors, LTE’s extra horsepower makes it tempting to stop worrying about bandwidth when developing apps and software. But at least one best practice applies to both 3G and LTE: Don’t constantly ping the network because, even though each of those connections might not require a lot of bandwidth, they still create unnecessary signaling traffic, which can be just as bad — and sometimes worse. Take, for example, the overly chatty instant-messaging app that single-handedly almost crashed T-Mobile’s 3G network  in 2009.

It’s here that LTE carriers can not only help, but also want to help.

“We can help developers learn how to manage the device so your app isn’t doing things like pinging a server,” says Rau. “You don’t want to do things like that. You get online, get the information you need and get offline.”

Another beneficiary of that kind of efficient design is the battery: When the smartphone or tablet isn’t constantly connecting to the network, its transceiver is using far less power. That’s important because with both 3G and LTE, the more dependent business users and consumers become on mobile devices, the less willing they are to be tethered to wall socket.