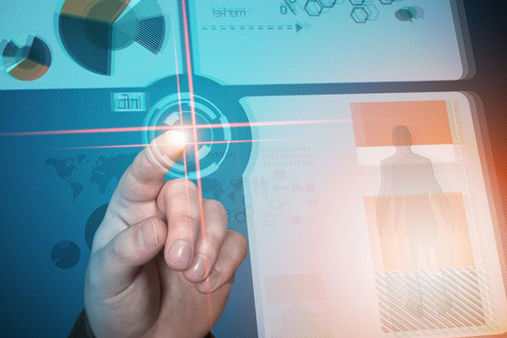 The Palo Alto Research Center (PARC) coined the term “ubiquitous computing” in 1988, but it took the next two decades for the PARC researchers’ vision to start becoming a part of the workplace and the rest of everyday life. As manager of PARC’s Ubiquitous Computing Area, Bo Begole  is shepherding ubicomp into the mainstream with some help from a variety of other trends — particularly the growth in cellular and Wi-Fi coverage, smartphone adoption and cloud computing .

Begole recently discussed what enterprises need to consider when deciding where and how to implement ubicomp, both internally and as a way to better serve their customers. One recommendation: People need to feel that they’re always in control.

Q: The term “ubiquitous computing” means a lot of different things, depending on whom you’re talking to. How do you define it? Where did the term originate?

I wanted to be able to conduct computing tasks ubiquitously: wherever you were, and whenever you needed it, as you were conducting your daily life. It’s more about ubiquitous working or living and using computer technologies in the course of that.

Q: Ubicomp dovetails nicely with another trend: cloud computing, where you’ve always got access to a network of computers.

Begole: Right. The cloud is an enabler of ubiquitous computing because you need constant access to the information services that you might utilize at that point. The PARC researchers, having lived with the personal computer for 15 years at that point, were envisioning this paradigm, and they saw that it was going to involve ubiquitous devices and also ubiquitous wireless networks. So they started to prototype those types of devices and services.

Begole: That’s a good analogy because unified communications requires critical mass of adoption of certain services, and then the next stage was to make them all interoperable. That’s what’s happened with ubiquitous communications too. The early researchers saw the inevitability of these pervasive devices and networks, and they prototyped some. But it’s taken a while before there existed the critical mass of smart devices and wireless networks.

I’d say that the tipping point was around 2005 to 2007, when smartphones came out. GPS chips embedded in those phones really enabled those kinds of context-aware services that ubiquitous computing research had been pushing for a while. The next wave is very intelligent context-aware services. The Holy Grail is a personal assistant that has so much intimate knowledge of what matters to you that it can sometimes proactively access information for you and enable services that you’re going to need in the very near future. That’s where things are going.

Q: Here’s a hypothetical scenario: My flight lands. I turn on my smartphone, which checks my itinerary and uses that to give me directions to baggage claim, the rental car desk and my hotel. But it also tells me that on the way to baggage claim, there’s a Starbucks, which it knows I like because of all the times I’ve logged in from Foursquare. Is that an example of the types of day-to-day experiences that people can expect from ubicomp?

Begole: Even a little beyond that. Maybe you like an independent coffee brewer in your local area. Now you’re in a new local area, so rather than recommending Starbucks, it will find the most popular local brewer because it knows the types of things you’re interested in.

It’s connecting the dots, which is what we expect humans to be able to do, and it’s possible for computers to be able to do it. They have access to all this kind of information. The smartphone is a good hub for that because it’s got access to all of your digital services, and it has intimate knowledge about your physical situation at any time.

Q: That scenario also highlights one of the challenges for ubiquitous computing: balancing the desire for personalization with concerns about privacy.

Begole: Ubiquitous computing services have to be respectful of the concerns that people have. Otherwise, it’s going to limit the adoption. It’s a little different for consumers than for enterprises. Employees probably have a little less expectation about the privacy of the data they’re exchanging on enterprise computing systems, but they may still have concerns about access to that information.

We’ve done deployments in enterprises with technologies that were observing situations in an office to see if you were interruptible for communications. To put people at ease with the sensors that were reading the environment, we put an on-off switch on the box so that, at any time, they could opt out completely. In the entire three-month time, nobody used that switch. You might take from that that it’s not important to have that capability, but it is so they have the comfort that they can gain control of their information.

Q: Interesting. Tell us some more about that deployment.

Begole: We did that at Sun Microsystems. It was connected to Sun’s instant-message system. We were using that to provide the presence information and the interruptability of the people on the IM service. That made it easier for remotely distributed teams to have awareness of when they could reach people: You could see not just whether somebody was online and in their office, but whether they were available for you to call them right now.

We took it a step further: If they weren’t available right now, we’d have the system predict when they were most likely to become available. That was based on statistical analysis of their presence patterns over time. That’s the kind of intelligence that ubiquitous computing expands.