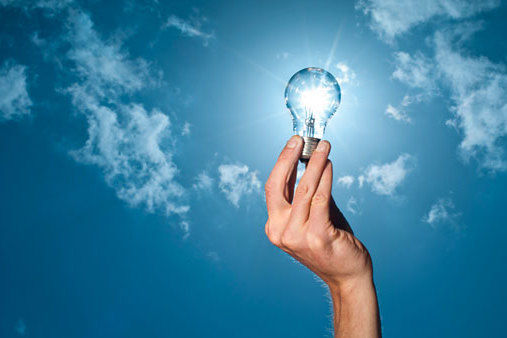 Cloud computing adopters may find an unanticipated edge when moving to this IT model: the ability to trim energy consumption.

Cloud proponents often cite the ability to rapidly scale resources as the initial driver behind cloud migration. This elasticity lets organizations dial up — and dial down — compute power, storage and apps — to match changes in demand.

The resulting efficiency boost cuts cost and makes for a solid business case. But the cloud also has a green side: The technology, when deployed with care, can significantly reduce your power usage and carbon footprint.

Enterprises that recast their traditional data centers along cloud lines, creating so-called private clouds, have an opportunity to move toward energy conservation. A number of metrics have emerged to help chart that course. Power usage effectiveness (PUE), SPECpower, and utilization in general are among the measures that can help organizations track their progress.

IT managers, however, must remain watchful to root out inefficient hardware and data center practices as they pursue the cloud’s energy savings potential.

Working in Tandem
EMC Corp. has found that streamlined IT and energy savings work in tandem in its private cloud deployment. The company embarked on a consolidation and virtualization push as its IT infrastructure began to age.

Jon Peirce, vice president of EMC private cloud infrastructure and services, describes the company’s cloud as “a highly consolidated, standardized, virtualized infrastructure that is multi-tenant within the confines of our firewall.”

Poor utilization wasn’t the only issue. EMC found storage to consume more electricity per floor tile than servers in its data centers.

“The first thing we did in our journey toward cloud computing was to take the storage component and collapse it to the smallest number we thought possible,” says Peirce.

EMC reduced 168 infrastructure stacks to 13, driving utilization up to about 70 percent in the process. Consolidation reduced the overall storage footprint, which now grows at a slower rate going forward since the company doesn’t have to buffer as much.

Storage tiering also contributed to energy reduction. In tiering, application data gets assigned to the most cost-effective — and energy-efficient — storage platform. EMC was able to re-platform many applications from tier-one Fibre Channel disk drives to SATA drives, higher-capacity devices that consume less electricity per gigabyte.

Moving data to energy-efficient drives contributed to the greening of EMC’s IT.

Together, tiering and consolidation cut EMC’s data center power requirement by 34 percent, leading to a projected 90-million-pound reduction in carbon footprint over five years, according to an Enterprise Strategy Group audit.

Getting the Most From the Cloud
John Stanley, research analyst for data center technologies and eco-efficient IT at market researcher The 451 Group, said energy efficiency may be divided into two categories: steps organizations can take on the IT side, and steps they can take on the facilities side.

On the IT side, the biggest thing a data center or private cloud operator can do to save energy is get as much work out of each hardware device as possible, says Stanley. Even an idle a server may consume 100 to 250 watts, so it makes sense to have it doing something, he notes.

Taking care of the IT angle can save energy on the facilities side. Stanley says an organization able to consolidate its workload on half as many servers will spit out half as much heat. Less heat translates into lower air-conditioning requirements.

“When you save energy in IT, you end up saving energy in the facilities side as well,” says Stanley.

But the cloud doesn’t cut energy costs completely on its own. IT managers need to make a conscious effort to realize the cloud’s energy-savings potential, cautions Stanley. He says they should ask themselves whether they are committed to doing more work with fewer servers. They should also question their hardware decisions. An organization consolidating on aging hardware may need to choose more energy-efficient servers in the next hardware refresh cycle, he adds.

In that vein, developments in server technology offer energy-savings possibilities. Today’s Intel Xeon Processor-based servers, for instance, include the ability to “set power consumption and trade off the power consumption level against performance,” according to an Intel article on power management.

This class of servers lets IT managers collect historical power consumption data via standard APIs. This information makes it possible to optimize the loading of power-limited racks, the article notes.

Keeping Score
Enterprises determined to wring more power efficiency out of their clouds have a few metrics available to assess their efforts.

Power usage effectiveness, or PUE, is one such metric. The Green Grid, a consortium that pursues resource efficiency in data centers, created PUE to measure how data centers use energy. PUE is calculated by dividing total facility energy use by the amount of power consumed to run IT equipment. The metric aims to provide insight into how much energy is expended on overhead activities, such as cooling.

Stanley says utilization measures can get a bit complicated. A CPU may experience very high utilization, but have no essential business tasks assigned to it.

“Utilization is not necessarily always the same thing as useful work,” he says.

Other hardware-centric metrics include SPECpower_ssj2008 and PAR4. Standard Performance Evaluation Corp.’s SPECpower assesses the “power and performance characteristics of volume server class computers,” according to the company. PAR4, developed by Underwriters Laboratories and Power Assure, is used to measure the power usage of IT equipment.

The various measures can guide enterprises toward energy savings, but making the efficiency grade requires a concerted effort.

“Yes, you can save energy by switching to a private cloud,” says Stanley. “But just saying ‘We are going to switch’ is not enough.”