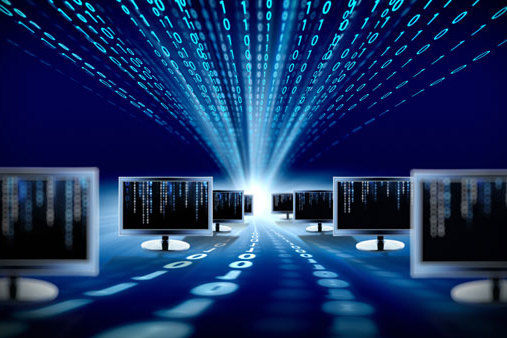 Desktop virtualization has been on the verge of adoption for years. But actual deployment hasn’t caught up to the hype so fast. One hurdle is that several technologies fall under the “desktop virtualization” umbrella, and confusion can breed inaction. There is also a dearth of capable management tools to help businesses keep all this virtualization under control, says IDC analyst Ian Song.

On the plus side, desktop virtualization is picking up the pace. Last year, some 11 million licenses sold, according to IDC. Preliminary figures for this year show that 7 to 8 million licenses were sold in the first half of this year.

VDI (Virtual Desktop Infrastructure)|
VDI is a double threat: It promises both centralized management (good for IT) and a customizable desktop (good for users).

“VDI lets you put the desktop into the data center, where the image can be managed easily. What’s really nice about it is an IT pro can actually create a separate desktop for all users and test out all those desktops for patches before deploying,” says Lee Collison, solutions architect for Force 3 Inc., a systems integrator based in Crofton, Md.

That is a huge draw because software vendors pump out patches and fixes that are impossible to keep tabs on, let alone test and install. The downside is that VDI presumes pretty constant connectivity to the data center, which can be a problem for road warriors.

Market leaders in VDI are VMware View and Citrix XenDesktop.

Because these hypervisors, as their name implies, run on client machines, they suit situations in which users are not always tethered to the corporate LAN. That means companies that employ outside contractors who use personal machines, but also must run corporate-sanctioned applications. With client hypervisors, the company can provide them with the image that they then run offline.

“The key phrase here is ‘disconnected.’ Users can sync up when they’re connected, but otherwise they’re free to roam,” says Ron Oglesby, CTO of Unidesk, a desktop virtualization management company.

Citrix XenClient is a “type 1” or bare-metal hypervisor that sits atop the client hardware and below the client OS. It then divvies up system resources into virtual machines (VMs) as needed. Type-2 client hypervisors create a layer above the OS, which then supports several virtual OS instances.

OS Streaming
With this older technology, sometimes called terminal services, a networked device boots up a server-based operating system and streams the software needed on a download-and-go basis. “Remote or local users on a Wyse or other device download just what they need,” says Lee Collison, solutions architect with Force3 Inc., a systems integrator.

From an administrator’s point of view, the beauty is that one image powers all users — which is great where absolute consistency is a virtue. OS streaming can also be an inexpensive option in factory floor situations that are unsuitable for pricier and more delicate PCs. But to work well, OS streaming requires a big outbound pipe and good connections to each device, says Collison.

Purists don’t see OS streaming as desktop virtualization per se because there is no hypervisor or virtual machine, but it often coexists with virtual desktops. The beauty is: It’s cheap and efficient.

More from our sponsor: Intel’s
concept for intelligent desktop virtualization