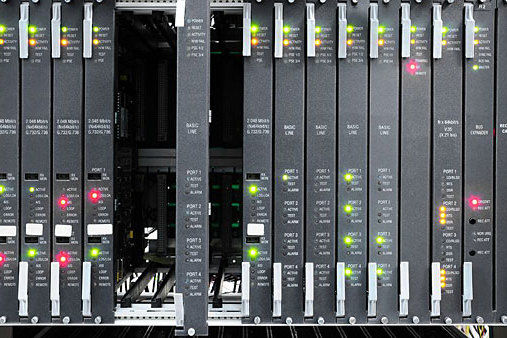 Developers are hopeful that Windows Server 8’s support of the Server Message Block (SMB) 2.2 file-sharing protocol will spur application development in both the virtualization and cloud markets.

Developers believe that SMB 2.2 will allow compliant applications to deliver significantly faster performance, along with greater scalability and reliability, in virtualized and cloud environments. And given the vast majority of workloads running on host-based systems today are Windows-based, they have reason to believe that Microsoft can also gain a leg up on some of its platform competitors.

“This will lead to vastly improved performance for bigger workloads. Microsoft may have been slow to the cloud table, but their efforts (in supporting SMB 2.2) bring them fully to the banquet,” says Jerry Carter CTO of Likewise Software Inc.

The agenda of Microsoft’s archrival, VMware, is to virtualize the operating system and the hypervisor, while Microsoft’s agenda is to better enable application workloads, which serves to drive business value. But no matter who emerges as the frontrunner, it’s more important that SMB 2.2 succeed, says Carter.

While Microsoft supported SMB versions 2.0 and 2.1, the company’s core server-based applications will support the protocol for the first time with version 2.2.

“We supported the file server before, but it was targeted towards having an SQL database or having Hyper-V using an SMB file server as its back-end storage,” said Thomas Pfenning, general manager of Microsoft’s Server and Cloud Division, in briefings last fall.

Lowering Shared Storage Costs With SMB 2.2
In today’s environment, IT shops typically require shared storage that allows multiple nodes in a cluster to see all the disks, which means having either a fiber channel SAN array or iSCSI array — an expensive proposition for many Microsoft shops.

“It is more expensive to pull that off in a Windows environment because you have costs associated with Hyper-V plus the cost of the shared storage backend,” says Eugene Lee, a senior systems administrator with a large bank in Charlotte, N.C. “When you can use a file server as the storage back-end, it can knock some dollars off the overall cost because you don’t need a fiber channel, or hire an expert storage administrator to guide you through the nuances of block storage.”

The significance of SMB 2.2 is heightened by the ongoing industry trend of moving from block to file storage. The limitations of previous versions of the Common Internet File System (CIFS) protocol led to the widespread adoption of block-based storage for both applications and virtualization. It’s no secret that the performance of back-end storage has long been a major choke point to scaling virtualization and cloud infrastructures.

“Back-end storage has been a weight corporate developers dragged with them when trying to scale virtualization and cloud infrastructures. This SMB 2.2 better positions Microsoft to exploit cost and performance advantages their stack delivers, as well as move workloads to Microsoft virtualization and cloud platforms,” says Len Barney, a purchasing agent with a large transportation company in Jacksonville, Fla.

“It looks like a smart technology move and makes sense from a cost standpoint. The fewer specialists you have to take care of the more complex storage back-ends, the better. I also like that SMB 2.2 is supported with Windows Server 8,” says Lee.

The potential impact on the storage industry by the move from block to file could prove significant. The limitations of previous versions of CIFS/SMB lead to the widespread adoption of block-based storage for applications and virtualization. With SMB 2.2, file-based storage becomes not only a credible option, but the recommended option for provisioning Microsoft workloads. This could result in a sea change in the storage industry, industry analysts generally agree.

EMC, Net App and HP have also thrown their support behind SMB 2.2, saying they plan to deliver products around the time Microsoft ships Windows Server 8. Microsoft has backed away from naming a specific date for delivery, although company officials say it would be sometime in 2012. The first official beta release of the product, however, is expected in late February.