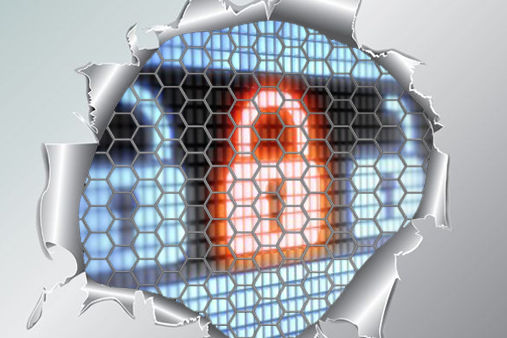 This flavor of desktop virtualization, referred to as a Type 1 hypervisor, lets virtual machines run directly on the client device — hence the bare-metal moniker. The other client virtualization strategy, Type 2, places virtual machines on top of the operating system. The bare-metal approach offers the potential for better performance since fewer layers of software are involved. The technology is also considered more secure since it avoids viruses, key loggers or other issues in the base OS.

Type 1 client hypervisors available today include Citrix Systems Inc. ’s XenClient (which debuted in 2010), MokaFive ’s BareMetal (which began shipping in June) and Virtual Computer Inc.’s NxTop (which launched in 2009). In addition, Microsoft  reportedly may include its Hyper-V Type 1 technology in its upcoming Windows 8 client operating system, although the company declines to confirm those reports.

In the enterprise, bare-metal client hypervisors are gaining acceptance among customers who require an extra measure of security. The Type 1 technology also plays a role among customers who want to create business-only images for their corporate-owned machines, as opposed to employee-owned clients brought into work. Type 2 hypervisors are typically the rule for the bring-your-own-device style of computing.

As for hardware platforms, Type 1 devices currently focus on desktops and laptops. Industry executives question whether those hypervisors will find their way onto media tablets and smartphones as well.

“IT organizations … should be thinking about ways to include it in their environments,” he says.

The Case For Bare-Metal
Type 2 virtualization products do an adequate job — letting users run Windows on Macs, for example — but Citrix wanted a hypervisor that could have more control over virtual machines, notes Ramana Jonnala, vice president of product management for XenClient. In January 2009, Citrix agreed to work with Intel Corp. to create a Type 1 client hypervisor based on Xen open-source technology.

The Type 1 approach lets organizations provide enterprise laptops with separate business and personal environments. An IT administrator can maintain a business-only virtual machine, providing patches and updates, and let users manage their own personal virtual machine, says Jonnala. That way, administrators don’t have to worry about end users downloading software that slows the laptop or causes malware infections — at least on the isolated business side.

“It lets them have better control of managing the images on the laptop,” he says.

“It also means they don’t have users installing apps or malware that affect corporate apps anymore.”

“It allows me to control the image and wrap it in a secure bubble and drop it on an end point,” she says.

Padmanabhan cited Windows 7 migration as one role for the company’s bare-metal product. The hypervisor lets companies install a Windows 7 environment on a range of machines without having to create separate Windows 7 builds for each type of hardware platform, she says.

And both Padmanabhan and Jonnala pointed to security-minded customers as a market for bare-metal client hypervisors.

Citrix in May debuted XenClient XT, which takes advantage of the security capabilities of Intel Core vPro. The federal government market is the initial audience for XenClient XT, says Jonnala, noting the need for secure environments in that space.

Citrix already has rung up some orders for XenClient XT and “a good number” of customers are evaluating the technology, according to Jonnala.

“Let’s not get too far ahead of ourselves. This technology, in particular, is still evolving,” he says.

Bowker suggested more work needs to be done on the management side of client hypervisor technology. He says the most important thing to focus on is the ability to centrally manage, maintain and secure devices.

Recent vendor moves in that direction include Citrix’s Synchronizer, which the company says helps customers install XenClient-equipped laptops across larger enterprise environments and manage virtual desktops centrally. Synchronizer is included in XenClient 2, which was announced in May.

In addition, MokaFive’s BareMetal applies updates to machines through a central management console.

Beyond management, there’s another consideration for the future of bare-metal: Will the technology play a role in mobile platforms such as media tablets and smartphones?

Jonnala says XenClient specifically targets corporate laptop users, adding that Citrix has a different virtualization strategy for devices such as tablets and smartphones. In that area, the company emphasizes Citrix Receiver, a universal software client that gives users access to the corporate desktop and applications delivered via Citrix products. Citrix offers Receivers for mobile platforms including Apple, Android and RIM.

Padmanabhan says MokaFive is looking to have a solution for mobile devices, but notes that it will not be based on a hypervisor technology.

“Hypervisors as we know them are too heavy to run on mobile devices,” she says.

“So today, we support the ability to remote to your desktop from the mobile device.”

Bowker, meanwhile, questions whether bare-metal client hypervisors are relevant for media tablets and smartphones. He says he views the IT challenge in this space as designing, architecting and modernizing apps to be used on mobile devices. Leveraging the operating system, as opposed to running virtual machines directly on the hardware, is key.

“I don’t see multiple instances of Android on some tablet device,” he says. “I’m not buying into that one yet.”